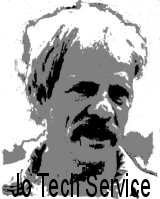 Lifetime of backup batteries and standard nonvolatile srams used in industrial machines and PLC's often is shorter than the machine itself .

There was a total stop of the machine, and there was this message on the display : " defect mainboard "  .

A new proccessor board was not available any more,  and a new machine was in small words , expensive .

We started mainboard faultfinding on component level . We performed backup of eprom / nonvolatile sram  and a problem was also found in a low cost onboard, " nonvolatile sram " circuit . This nonvolatile sram circuit was found not to be properly working by our "eprom / eeprom programmer" .

After replacing the "nonvolatile sram" the fault message disapperared . And after reprogramming  , this big industrial air compressor is now running again .

About the  important sram circuits .

A nonvolatile sram is designed to keep its programming intact also when there is a mains failure .

You cannot measure the voltage on this built in battery. To  keep safe machine operation , replace  this type of sram after 10 years . If conditions are hot and perhaps also high humidity , expect shorter battery lifetime .

NOTE!   If a sram battery is low  , after mains failure the industry machine can stop or malfunction , without any warning .

Some new types of nonvolatile sram also combines an eeprom circuit in the same chip, if the built in sram battery is to low  the machine will stop, but the  built in flash eeprom contain a copy giving good data security .

Find more about nonvolatile sram and the expected lifetime of its built in lithium battery on the internet . 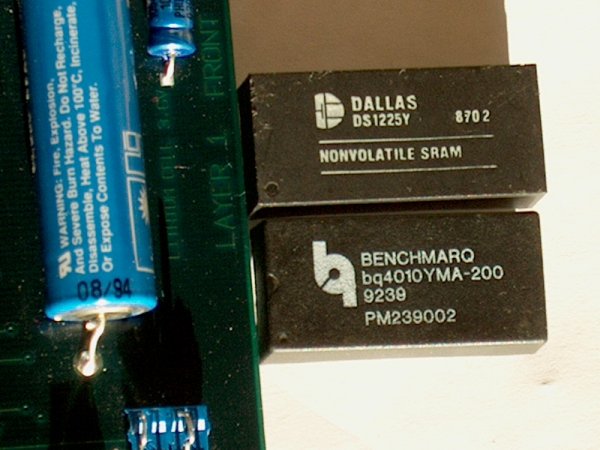 Shown on this picture, a typical proccessor board from the middle 1990's  , with different types of  sram .

Four  sram's with built in battery ( nonvolatile sram ) are located behind the "blue" lithium battery . 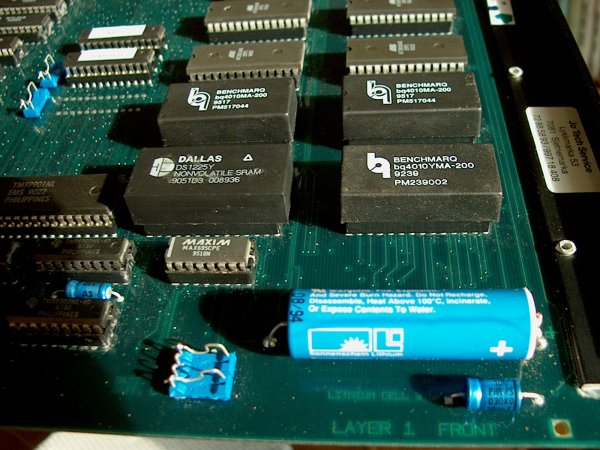 Make a backup of standard sram's , and do it before making any chip backup of nonvolatile sram, eprom or eeprom.

If possible have a total chip backup performed on  nonvolatile sram's . ( normally programmed as eeproms )

If the machine can be programmed using a PC , still you must make a backup of all user-data .

Also make a complete backup of onboard eproms , eeproms and / or other running software .

The chip backup of "eprom" , "eeprom" and "nonvolatile sram" is a fast & smart operation , using a PC . 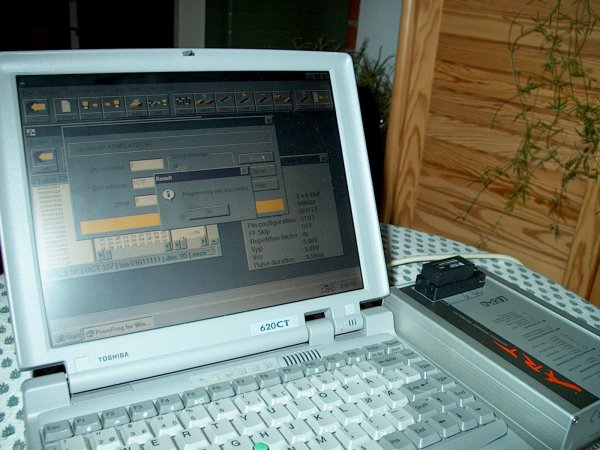 Have the non volatile s-ram with built in lithium battery and other lithium backup batteries replaced before any battery failure . After10 years  if ambient battery temperature  is less than 40 degrees centigrade .  Have the reprogramming ready before you begin this operation .

Have a nice day .